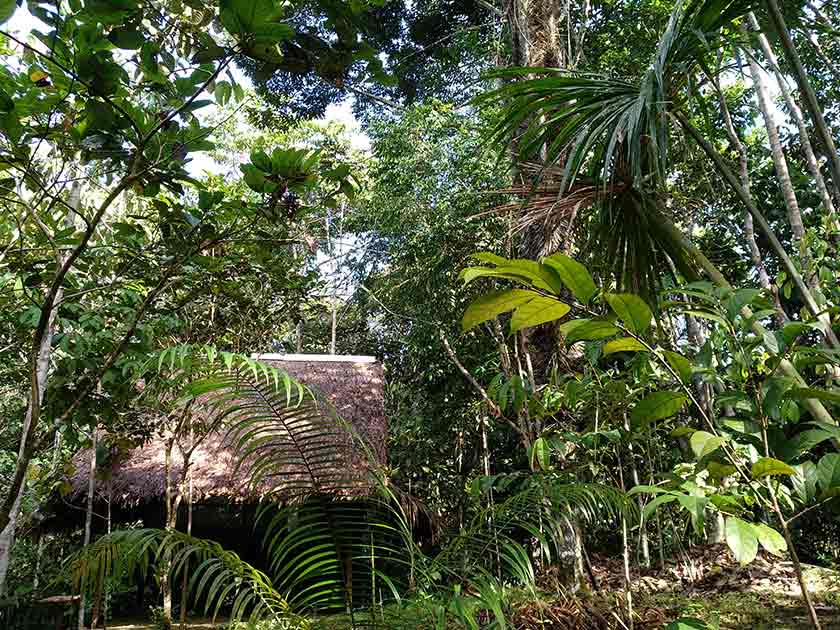 There is one rarely mentioned aspect of retreat with Ayahuasca. This is the energy of space. This energy is created by all the factors that affect retreat: the very place, plants, animals, people. The retreat space can help the process of retreat, as well as it can interfere.

The very place in the jungle of Peru, where the camp is located, has an unusual energy power. It excites and does not let you to stagnate in one place. Plants that live on campsite make space even more powerful. The camp got its name "Home of Ayahuasca" for an exact reason. A lot of ayahuasca grows on the campsite, and many people have contact with ayahuasca while the process of retreats not only via the drink, but also directly with the growing liana.

At least one of ayahuasca blooms each year. A phenomenon of blooming ayahuasca is a rare show. Even few of locals have ever seen ayahuasca flowers at least once in their lives. It is the very time when ayahuasca becomes so strong that even insensitive people can easily feel how it changes environment space.

People involved in process of space creating as well. First of all, their intentions and actions are important while the retreat. Over the many years of conducting retreats, the intention of a second attention has formed in the very space. Everyone who took ayahuasca, despite fears, doubts, resistance of the mind, has contributed to the creation of intention. Retreat providers not only provide magical support to participants, but also professionally organize camp life (however, this is also real magic).

About the camp "Mariri - Home of Ayahuasca"

How to prepare yourself for the retreat